PERFORMANCE OF TWO HYBRIDS OF Helianthus annuus L. (SUNFLOWER) UNDER THE STRESS OF HEAVY METALS i.e. ZINC AND COPPER

March 5, 2020 Posted by din In Uncategorized

PERFORMANCE OF TWO HYBRIDS OF Helianthus annuus L. (SUNFLOWER) UNDER THE STRESS OF HEAVY METALS i.e. ZINC AND COPPER

This is an open access article distributed under the Creative Commons Attribution License CC BY 4.0, which permits unrestricted use, distribution, and reproduction in any medium, provided the original work is properly cited 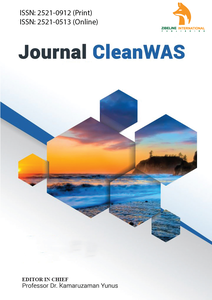 A pot experiment was conducted in University of Agriculture Faisalabad to assess the effect of Cu and Zn uptake on morphological, physiological, biochemical and yield attributes of Helianthus annuus L.(Sunflower). Two hybrids FH-612 and FH-621 were used during this study. The experiment was laid out in a Completely Randomized Design (CRD) with four treatments and three replicates. After 20 days of germination the plants were subjected to different levels of ZnCl2, CuSO4 and with their combination. Three harvests were taken at an interval of seven days each to study the growth rate, morphological, physiological and biochemical attributes. At the maturity of crops final harvest was taken and yield attributes were recorded. Data of various attributes were statistically analyzed. It was observed that both the metals caused negative effect on growth rate as well as the other parameters studied. The effect was more pronounced in the metal combination treatment. Ultimately the yield was significantly reduced due to the effect of metals in both hybrids. However hybrid FH-612 revealed slight tolerance towards Cu and Zn toxicity as compared to its counterpart. FH- 621. Thus it was concluded that Cu and Zn affect the morphological, physiological and yield attributes of sunflower when applied in higher concentration.

Journal Clean WAS (JCleanWAS) has been successfully indexed with DOAI since 2018 Congratulations to all the editorial team!

The publication is licensed under a Creative Commons License (CC BY 4.0) . View Legal Code